Good eatin'. Women who eat fish may be boosting their brain power.

Girls who eat more omega-3 fatty acids outsmart those who eat higher amounts of omega-6 fatty acids, according to new research. As a result of this and other studies, government dietary recommendations--especially those aimed at pregnant women--should emphasize fish over soy and corn oils, which are respectively high in these fatty acids, says Joseph Hibbeln, a psychiatrist and lipid biochemist at the National Institute on Alcohol Abuse and Alcoholism in Bethesda, Maryland. "We don't want the brain to be deficient in its critical nutrients during development."

The omega-3 advantage was first hinted at in studies of distribution of body fat. Earlier this year, William Lassek, an epidemiologist at the University of Pittsburgh in Pennsylvania, and anthropologist Steven Gaulin of the University of California, Santa Barbara, reported that women who accumulated more fat on their hips than on their waists--and who, therefore, had low waist-hip ratios like many movie stars--had higher cognitive test scores, as did their children. They proposed that because the fat on the hips and thighs contains more omega-3s than belly fat does, these women were storing omega-3s critical for fetal and infant brain development--and boosting their own brainpower as they grew up. They also predicted that women who ate more omega-3s would perform better on cognitive tests than those who ate more omega-6s.

To test this hypothesis, Lassek and Gaulin analyzed data on about 4000 girls and boys between the ages of 6 and 16. The children had participated in the Third National Health and Nutrition Examination Study, part of a U.S. project to assess the health and nutritional status of kids and adults. After the researchers controlled for the parents' income and education and for the children's age, race, number of siblings, and blood lead levels, they found that girls who ate more omega-3 scored significantly better on four cognitive tests, including an IQ test.

Although genetics and parental education influence intelligence far more, the dietary effect explained about 1% of the difference in test scores between girls, about the same amount as exposure to lead, says Lassek. Boys also perform a bit better on cognitive tests if they eat more omega-3s than other fatty acids, but the effect is "twice as great in girls as in boys," says Lassek. That disparity suggests that evolution has favored girls who stow omega-3 fats on their lower bodies. The team, which presented its findings earlier this month at the Human Behavior and Evolution Society meeting in Kyoto, Japan, also found that omega-6 fatty acids interfere with cognition, because girls who ate more of these oils didn't perform as well.

Other researchers who have studied omega-3s are not surprised to see the link between omega-3s and intelligence: "Deficiency in omega-3 intake in modern diets is associated with an increased risk of violence, major depression, suicide, and bipolar disorder," says Hibbeln, so seeing a connection to another aspect of brain function makes sense, particularly because neurons use fatty acids to build axons. Most important, he says, is the omega-6 finding. "The big change in the Western diet of the past 100 years is a massive increase in the dietary intake of omega-6 fatty acids," he says. Hibbeln has advised the U.S. government to revise its recent advisory warning that pregnant women reduce their consumption of fish during pregnancy because of mercury toxicity; he says the dangers can be avoided easily by limiting consumption of certain fish.

The editors suggest the following Related Resources on Science sites:

Thought you'd be interested in this short omega-3 video:http://www.youtube.com/watch?v=eIgNpsbvcVM 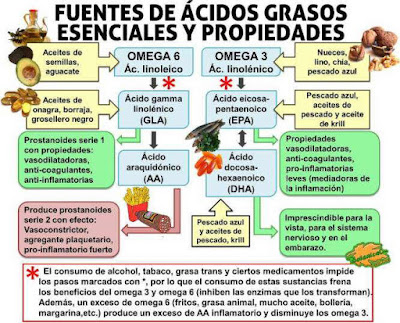